Lock Box in the Cupboard under the Stairs 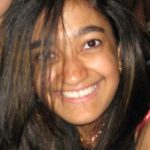 I am a Harry Potter aficionado. I re-read the books frequently and I own multiple pieces of paraphernalia (case in point, I recently bought HP shoes!). You know those click-bait articles that pop up on social media? If it has to do with the Wizarding World you know I am going to click on it right away!

One such article was a list of conspiracy theories revolving around the series. One of the most absurd (and disturbing ones) is Harry Potter, raised by his uncle and aunt and basically ignored and treated poorly actually created this entire fictional story in his head. He was not a wizard but, to shut out his miserable life, he made up a story in which he was the hero and escaped his cruel upbringing.

I promise I have a point and that is, how important it is to feel emotion especially when you’re dealing with a chronic illness like Rheumatoid Disease.

How I dealt with my emotions as a child

I was a pretty happy kid until the age of twelve. At that point, I withdrew and became even more introverted. There was nothing wrong with that except I also internalized my feelings. I did not necessarily “experience” them or feel them. I just shut them in a chest, inside a few cardboard boxes and shoved them under the bed.

I thought it was good because I never felt angry or sad. On the flip side, however, I rarely felt joy, hope or peace.

This practice got me through some tough spots in life but I noticed I was always stressed. No matter what I did I never shook that anxious feeling.

Did emotional distress trigger my RA?

Eventually, I came down with RA and I have no doubts emotional strain triggered it. For the first few years, I ran the gamut of emotions: anger, depression, rage, stress, shame, the list continues but as per usual, I shoved these feelings right into those boxes under the bed and forgot about them (or at least tried to ignore them).

Making the decision to prioritize my mental health

That didn’t work. Instead of dealing, I let those emotions fester and they presented physically. I hit an all-time low with my treatment when my dog, Saachi, got sick and died. Every single one of my medications stopped working after almost five years of no issues.

My rheumatologist seriously talked to me about seeing a therapist. He knew I internalized my thoughts and he wanted me to get them out in the open. Unfortunately, my insurance only covered a portion of therapy costs so I made a healthy decision to understand and better my mental health on my own.

How I manage my emotions

Try to understand what I am feeling

First, I acknowledged it’s okay to feel. Next, I had to understand what I was feeling. I never took enough time to understand myself so I began to understand what made me feel joy, gratitude, sadness, etc. The following took some practice but I learned how those thoughts go, into the universe wherever that lead. I no longer carry them with me, allowing them to build up and explode like a shaken soda bottle.

Being proud of my progress

I am by no means a master of my emotions (after all I’ve only been practicing for a few years) but I can say, with certainty, my condition stabilized. I don’t have the same severe fluctuations between good and bad days and I generally go longer without flares.

What if Harry Potter’s world was really imaginary, brought on by stress and a tumultuous life? What if my RA came about from a severe build of emotion I locked away for 20 years which finally spilled all over the floor?

I learned my mental health is vitally important in managing my condition and to lead a stable life I can no longer lock away my emotions in a cupboard under the stairs.

How do you deal with stress? LMK in the comments!