Recently Mom asked me to pull her electric toothbrush apart so she could replace the batteries. Normally she does this herself, but she broke her right wrist in late June. The task needed two moderately strong hands.

So I grasped both ends and pulled. Nothing. Hmm. I got a better grip on it and tried again. Still nothing.

Both of my wrists and the knuckles on both hands began grumbling angrily, but I tried it yet again—and again, without luck. The battery end of this gadget was just plain stuck. I set it down and rubbed my hands absently, resting them while I tried to work out another option for opening the toothbrush up. Maybe I could work the flat end of an eyeglass screwdriver between the two parts?

Well, that was brave, but both knew she couldn’t, actually. “They’re OK, Mom, really,” I said. “Let me try one more time.” Determined, I put some real muscle into it—and suddenly, the end popped off. “There!” I said with a grin, and handed the two parts of the toothbrush back to her so she could switch out the batteries. Then, I put the thing back together again. And wouldn’t you know—it was another maximum effort, but pushing this time instead of pulling. In the end, though, I won.

Mom thanked me. “I’ve just gotten so my teeth don’t feel clean anymore if I use a manual toothbrush,” she said. I agreed, telling her I feel the same way. She went off to polish her choppers, and I went into the other bathroom, shut the door, sat down on the toilet seat, and bent over my shrieking, throbbing hands, rocking.

Three hours later, both my hands ached dully at rest and jabbed me viciously when I moved my wrists or fingers. The pain, however, was still only at about the middle of my personal scale (zero being a total lack of pain and 10 being OMG-just-hack- them-off-now pain). I could still type carefully and do other tasks that didn’t require a tight grip.

My hands had been much, much worse. Thank goodness for small favors.

I never know for sure what will trigger a mean flare. When my hands—or let’s face it, any of my other random bodily joints—start aching and twinging, even at a low level, I almost always look for a cause. I need one, you know? It helps me stay sane.

So, if I’m near my laptop, the first thing I’ll check is the barometric pressure. Sometimes, if it’s high, that’ll cause a flare. But … OK… so can a low pressure, or a barometer that’s changing rapidly. Barometric pressure changes are exceedingly normal, though. I’m honest, whether they’re a good predictor of my rheumatoid pain or not depends mostly on how determined I am to blame them for it.

I’ve always tended to hurt more when the weather is hot, too. Here in California, our dry, hot weather generally coincides with high-pressure areas and a high-reading barometer.

But in a big switch on me, last winter and early spring, low-pressure areas and low barometric numbers made me hurt a lot, too. So much for my go-to explanation for why my joints ache.

Other flare triggers? Sometimes, stressing and/or straining my joints might mean more pain for 24 to 48 hours. Or not. I can’t really predict it. And I do tend to hurt more when I’ve lost sleep—though generally, pain is the only reason I lose sleep. Insomnia just makes it worse.

But not every time.

Today my hands hurt like a, well, you know. I’ve no real idea why. How about this: my rheuma-dragon is angry, so he’s gnawing on my knuckles. Why are you laughing? It’s as good an explanation for a flare as any other, right?

Soon, I’ll stop typing and draw for a while. Gripping my art pens and colored pencils often hurts my hands, but I find that art’s total-concentration, meditation-type-qualities help distract me from most of my pain for extended periods. (I sometimes pay for it later, but isn’t everything in life a give-and-take? To me, it’s worthwhile.)

Finally, I’m actively telling myself that this flare won’t get worse (possibly true) and that it won’t last forever (because I know they never, ever do). I’m a tough little bird and I’ll get through it. I always do, somehow. And I’ll only be a little bit resentful that if this flare does get worse because I’ve weaned off opioids, I can’t just take a pill.

Instead, I’ll simply wait it out. I’ll use my pain-coping tools: heat, ice, distracting myself, listening to myself breathe, and finally, being grateful to be alive in this beautiful world right now. And yes, I’ll hope for the best. 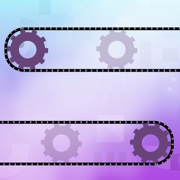 The Challenges of Living with an Invisible Illness 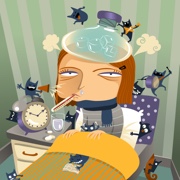 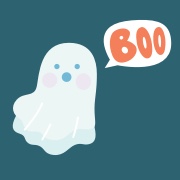 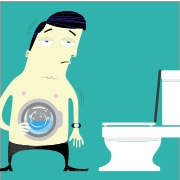