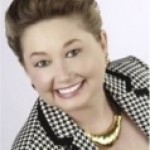 I’ve been watching my insurance company’s website waiting for the hospital and doctors’ claims for my recent shoulder replacement surgery to filter through. I was relieved when I saw a charge from BigCity Hospital for $16,700 appear and it had been approved. But then I realized that didn’t seem like a large enough bill for surgery, recovery, and a two-day hospital stay.

I was right. I get my RA infusions at the hospital’s outpatient center and the $16,700 charge was for my latest infusion. A single, one-half hour infusion.

The high cost of RA medication

Those of who have been dealing with insurance claims know that the “retail” price of anything has little or no relation to the “negotiated” price that actually gets paid. But still, the amount was a bit staggering. And I get the infusion every six weeks.

You know those game shows where the contestant wins the vehicle or the vacation worth thousands of dollars but they’re given the opportunity to take the cash instead? I want to do that. Rather than going in every six weeks for an infusion, just send me a check for $16,700. I think I would feel a lot better.

For that kind of cash, I could go on a great vacation that I absolutely, positively (almost) guarantee would make me feel at least as good as my RA meds. Six weeks later when the next check came in, I could get some needed work done around the house. Six weeks after that, another vacation complete with massages and healthful, chef-prepared meals. (Sigh …)

I have to admit that over the years I’ve stopped taking medications because I didn’t feel like they were worth it. These haven’t been medications that have treated serious health issues, mainly minor things that would eventually go away anyway. But if I (or my insurance) is going to pay nearly $17,000 for something, shouldn’t I wind up feeling like I just had a two-week luxury vacation?

I know that I’m incredibly fortunate. There are many, many people who cannot afford their medications, even with things like patient assistance programs. Because of finances, these people are using a less-expensive (and perhaps less-effective) treatment – or going without treatment altogether.

It’s not a secret that RA drugs, especially the miraculous biologics that have made such a difference for patients, are expensive. In an article about the top 15 best-selling drugs of 2016, GEN magazine lists Humira, Enbrel, Rituxan and Remicade in the top five (ranked 1, 3, 4, and 5, respectively). A March 13, 2017 article by the Motley Fool lists the same four medications in its list of 19 Best-Selling Prescriptions of All Times with the four medications placing at 2, 4, 6, and 7 out of the nearly 20 drugs listed. That list isn’t just for a single year – it’s from data collected since 1996, more than two decades.

Perhaps with some of my “vacation” checks, I could help some of those who can’t afford these medications pay for their medications and they’d feel like they’d had a vacation, too.

I have no doubt that the treatment plan I’m on is helping prevent joint damage and manage the other disastrous effects of RA. I’m incredibly grateful that I live in a time when these options are available (as opposed to just a few years ago). But I just can’t help thinking about what else could be done with all that money.

This is important: The consequences of not treating rheumatoid arthritis are severe and often permanent. I would never suggest that you stop or modify your treatment plan for any reason (including financial) without first discussing with your doctor. And while I love daydreaming about absconding with those insurance payments and going to Tahiti, that really is just wishful thinking and not me giving you advice.

Note: Please always talk to your physician before making any changes to your treatment regimen.