Is There an Increased Risk of Infection From RA?

Since being diagnosed with RA, I’ve dealt with a variety of infections. Besides the usual viral, upper respiratory infections, there have been a few bacterial infections. The first was a urinary tract infection (UTI) that is not very common in men. A dose of antibiotics took care of it in rapid form. A few years’ later, chronic sinus infections were the plague of the day. After culturing bacteria from samples, many months of multiple antibiotic treatments were in order. When that failed to take care of the infection, sinus surgery finally cleared up the issue. The most recent infectious ordeal was a battle with bacterial meningitis. Two trips to the emergency room and admission for an overnight stay in the hospital were the result of this recent escapade. It culminated in the installation of a peripherally inserted central catheter or PICC line (see photo) 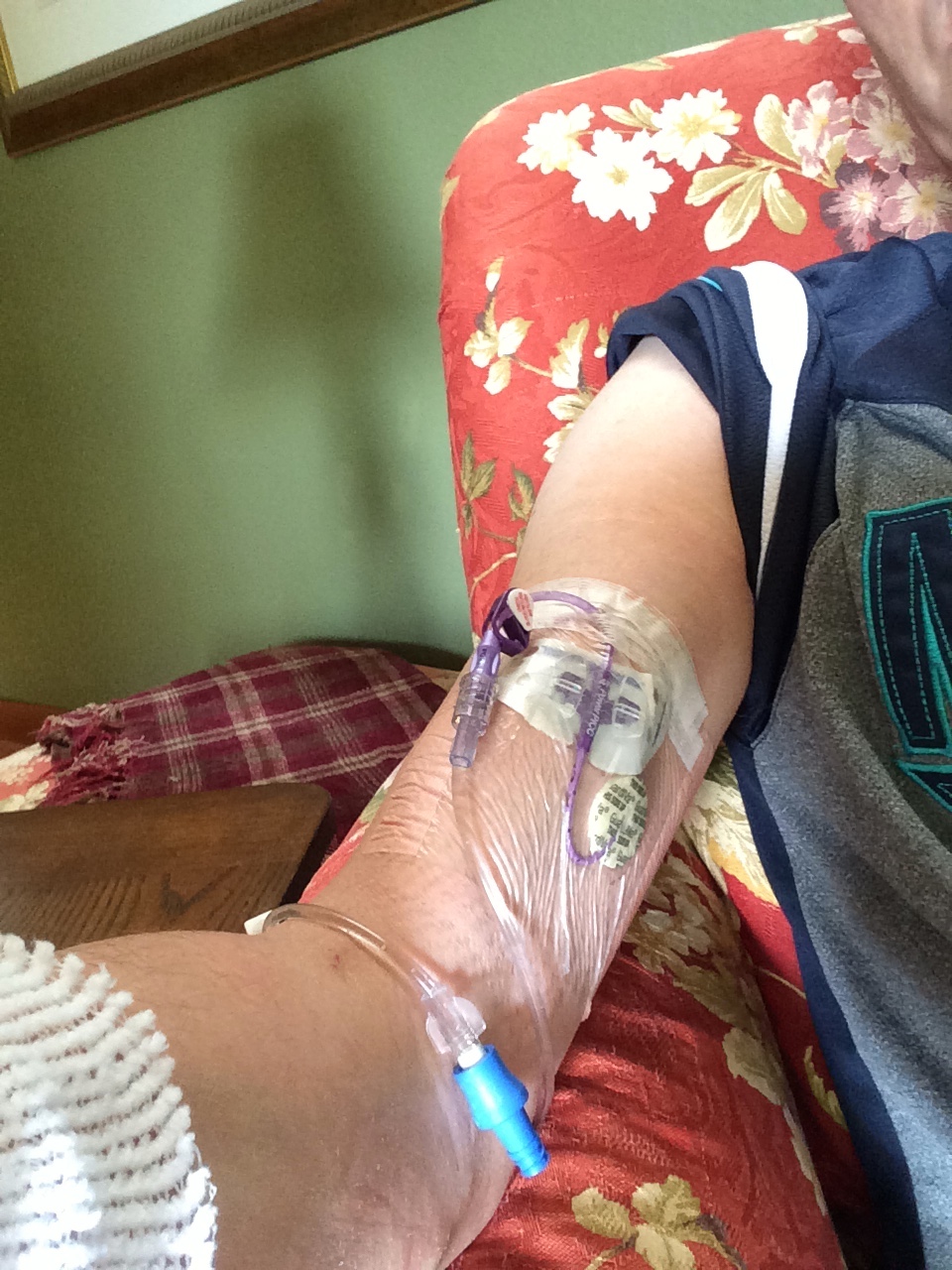 so I could self-infuse a strong antibiotic. This infection didn't just come from the blue but was likely connected to a lumbar puncture conducted for injecting iodine contrast for a CT scan of my neck. The fact that I’m immunocompromised from taking the biologic Rituxan (Kelesidis et al., 2011)1 caused the doctors to take an aggressive approach in treating the meningitis even though it was considered a "mild" case. One doctor compared me to an “immunocompetent” person who is able to better fight off an infection.

In a study predicting infections in RA patients, it was found that 64% had at least one infection and almost 50% had an infection requiring hospitalization (Doran, et al., 2002).2 These are large proportions of RA patients who fight infections. This represents an important issue for those of us who suffer with RA.

There seems to be four factors that are connected to increased risk of infections in RA patients – 1. The disease itself, 2. Comorbid conditions, 3. Lifestyle behaviors, and 4. Treatments for the RA (Listing & Zink, 2013; Crowson, et al, 2012).3,4

The immune system begins to fail as a person gets older. For example, such impact of aging on the immune system is in seen in the increased proportion of cases of shingles in elderly populations (Arvin, 2005).5 In RA patients this immune system aging is accelerated and is linked to the instability of DNA leading to a loss of T cell lymphocytes that are a critical part of the immune system (Weyand, 2010).6

Many RA treatments suppress the immune system increasing risk of infection. The disease-modifying (DMARD) set of drugs, including the most popular methotrexate, are thought to suppress the immune system theoretically leading to an increased rate of infection. However, a recent study demonstrated that DMARDs did not really increase this risk (Germano, et al., 2014).9 Researchers demonstrated that biologic treatments are commonly associated with an increased risk of infection (Walsh, 2014)10 and most of these drugs include side effect warnings to this effect. But this increased risk may be overstated, as the risk may be small (Galloway, et al., 2010).11 Many doctors don’t recommend long-term use of corticosteroids and one of the reasons is a negative impact on the immune system along with an increase in infections (Russell, 2013).12

I don’t believe that living with RA means we always need to look over our shoulders for infections. However, given the potential reasons for increased infection risk, it is important that RA patients make some informed decisions. Avoiding people who are actively contagious is wise counsel. But we still need to live and that involves being around others - a life without relationship is not a healthy one. Get all possible vaccines and avoid vaccines that contain live viruses. If you have comorbid conditions or extra-articular symptoms, you should be extra keen about avoiding infections. If you smoke, try to quit as it only compounds the risk of infection. If you get an infection, speak with your doctor about whether or not to stop your RA treatment until the infection is under control. Finally, make treatment decisions with your doctors that include costs and benefits. For many patients, the risk of an infection is less than the impact of the disease and this necessitates aggressively treating the disease and hoping that infections don't get in the way.

How often you do experience an unexpected boost of energy?