There is a restaurant near our home that serves a seasonal pumpkin cheesecake that our family loves. It’s a special item which we anticipate each fall and sometimes it’s the deciding factor in choosing where to eat out for our family. That, and I happen to love the acorn squash that the restaurant serves in the autumn as well.

Although it’s almost Christmas and we are moving into the winter season, my family is still craving the pumpkin cheesecake. Once you get a taste of it, you simply want more. So I decided to try to bake one for us to enjoy at home.

Prior to my experiment, I had never made cheesecake before so I was a little nervous. The mystique surrounding the special creamy goodness has always intimidated me from attempting cheesecake before, although it’s one of my favorite desserts. At home, I’ve always been a cookies and cakes kinda gal. 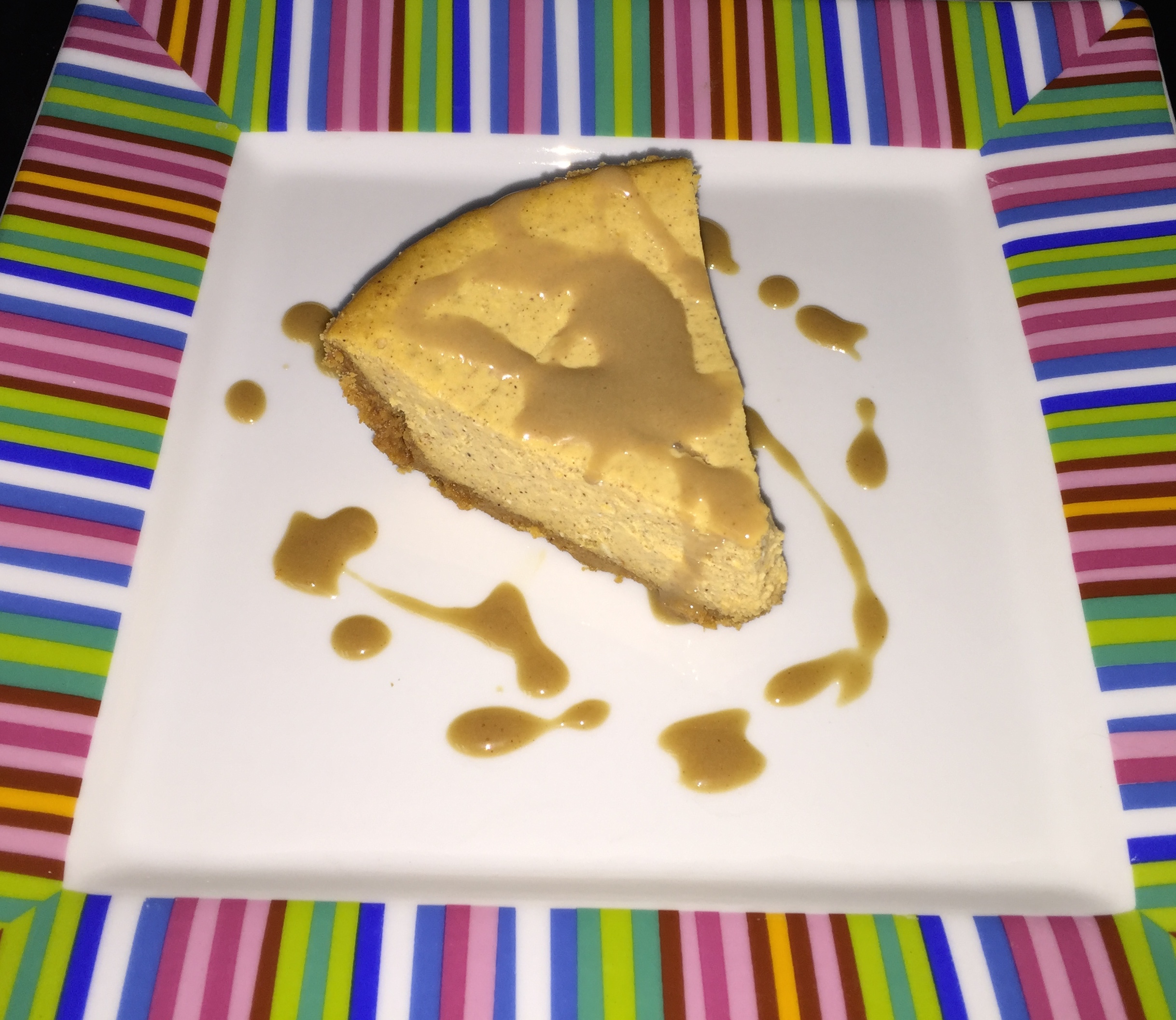 My journey began with searching recipes online and reading lots of cheesecake-baking tips. Many of the suggestions were similar from one author to the next, so I figured they must know what they’re talking about.

Once I picked a recipe and tried it at home, I realized that I should never have been worried. Making a good cheesecake is really much easier than I thought. I even skipped some of the fancier-sounding recommendations like water baths, and such, and still created a tasty treat.

Then, I wanted see if I could change the recipe a bit to create a creamy dessert with less fat and calories. Since I’ve worked hard over the past year to lose weight (about 60 pounds so far), I wanted to create something with reduced guilt as well.

The substitutions I made were simple and I even used a pre-made reduced-fat graham cracker crust for ease and convenience. The results were absolutely delicious and I thought that you might also like to try your hand at creating a tasty fall treat that can be made anytime of year.
Reduced-Fat Pumpkin Cheesecake

** You can mix your own Pumpkin Pie Spice by combining the following ingredients and storing in an airtight jar to later enjoy in cookies, breads, desserts, coffee, etc.

Take Care of You!

11 comments
This article represents the opinions, thoughts, and experiences of the author; none of this content has been paid for by any advertiser. The RheumatoidArthritis.net team does not recommend or endorse any products or treatments discussed herein. Learn more about how we maintain editorial integrity here.