In the 2013 RA in America study of over 1,000 people, we asked participants to share with us how old they were when they first started noticing symptoms that were later identified as those of RA. We also asked at what age people were diagnosed, what type of diagnosis (both initially and currently) what symptoms are experienced, what tests were used and whether they have zero-positive or zero-negative RA (hint: most don’t know). 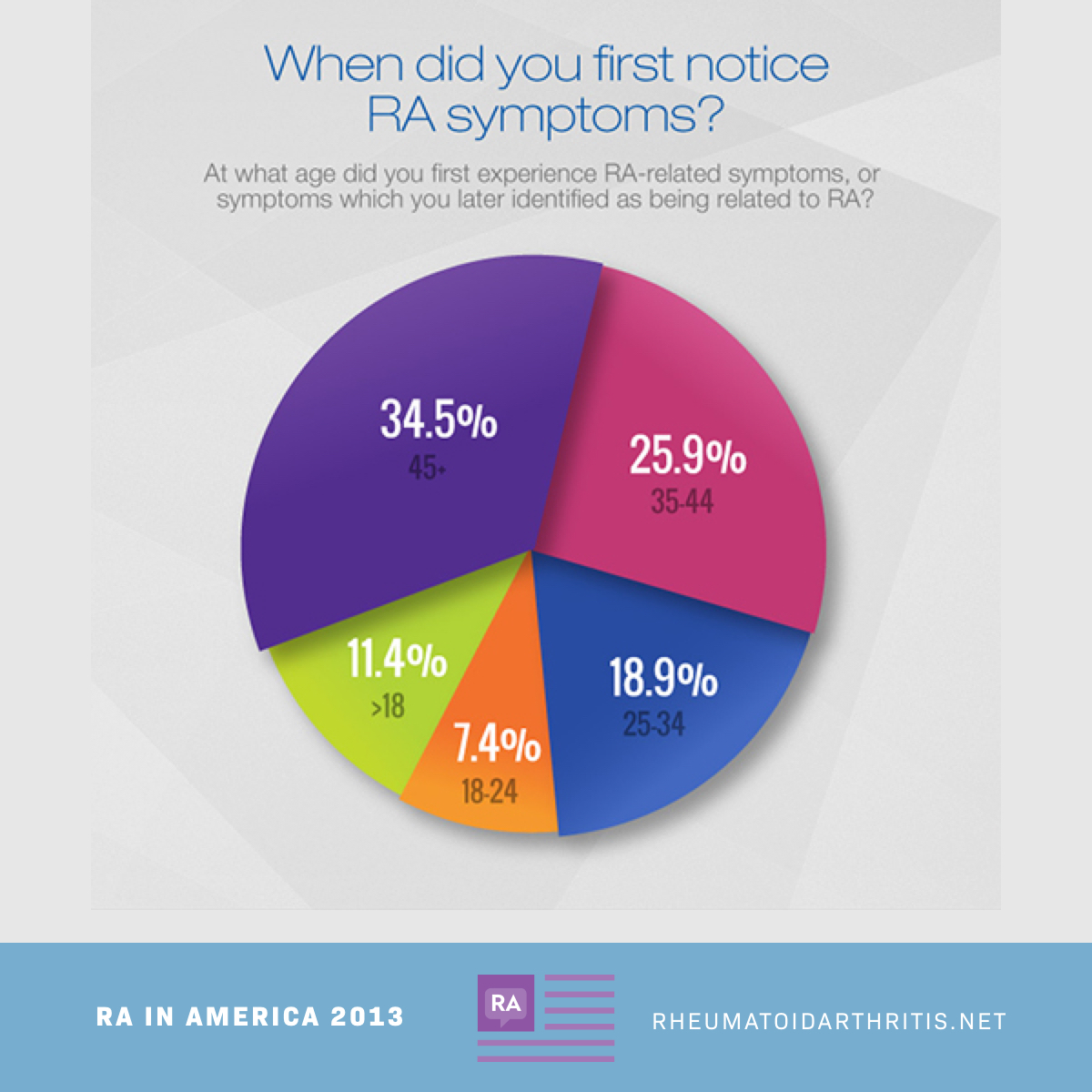 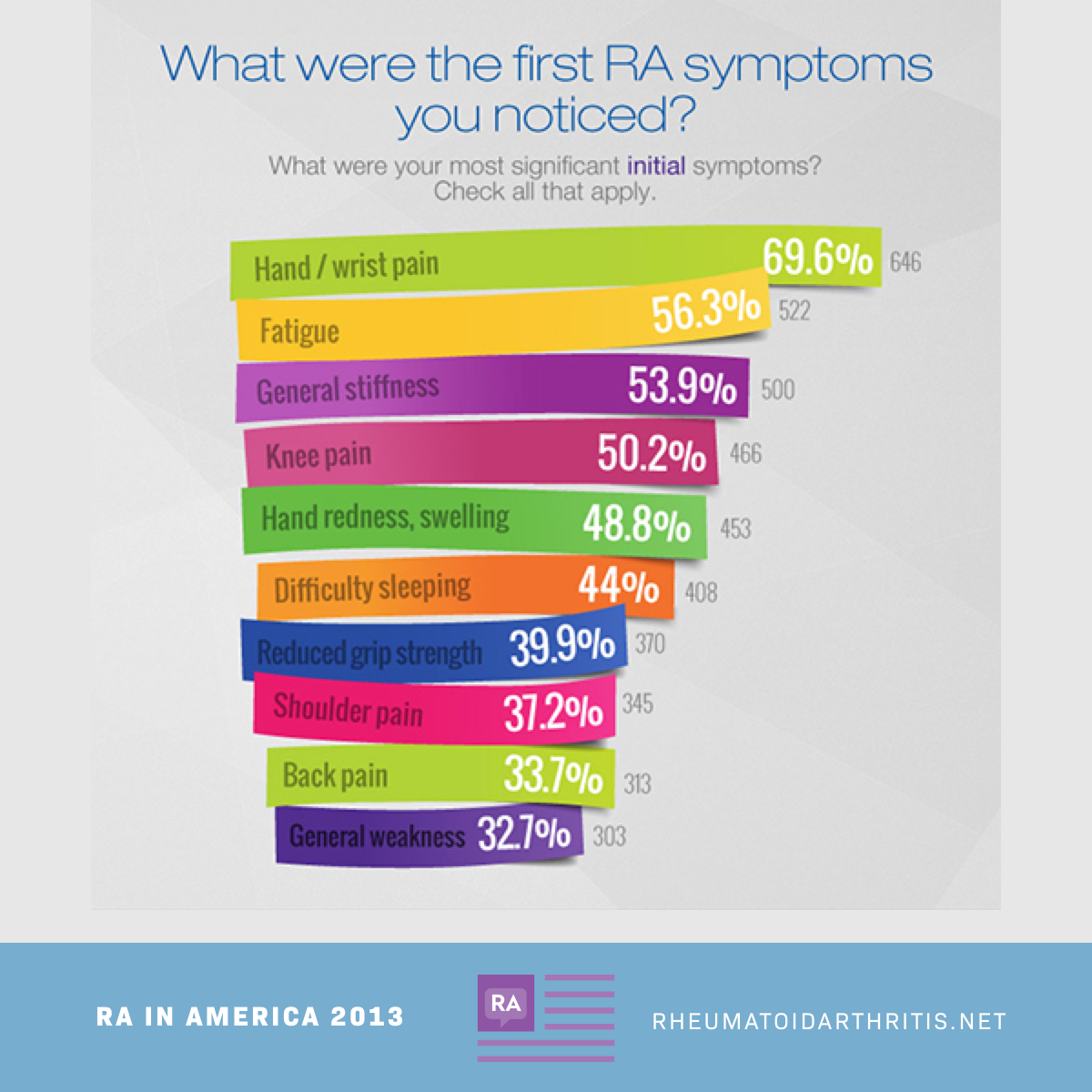 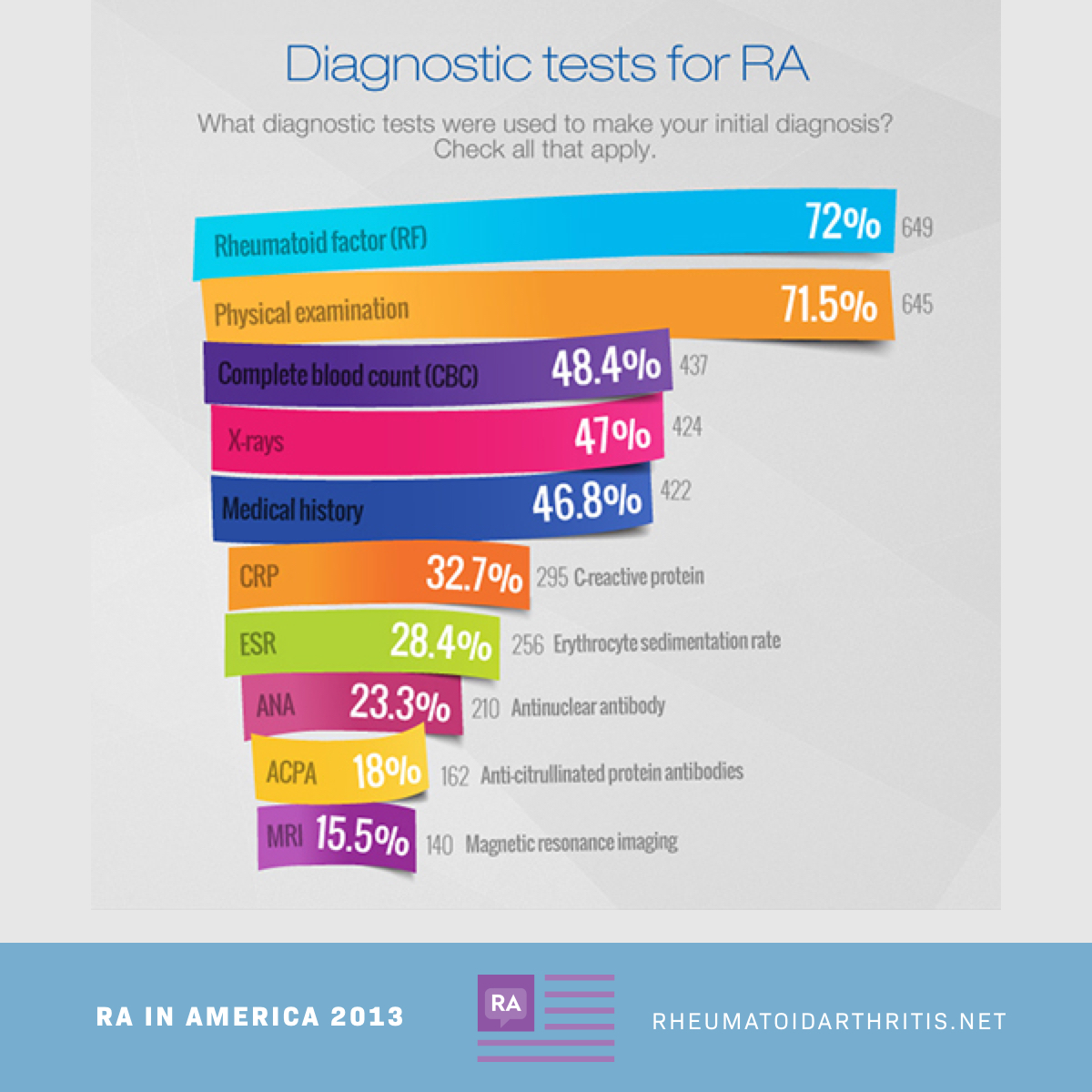 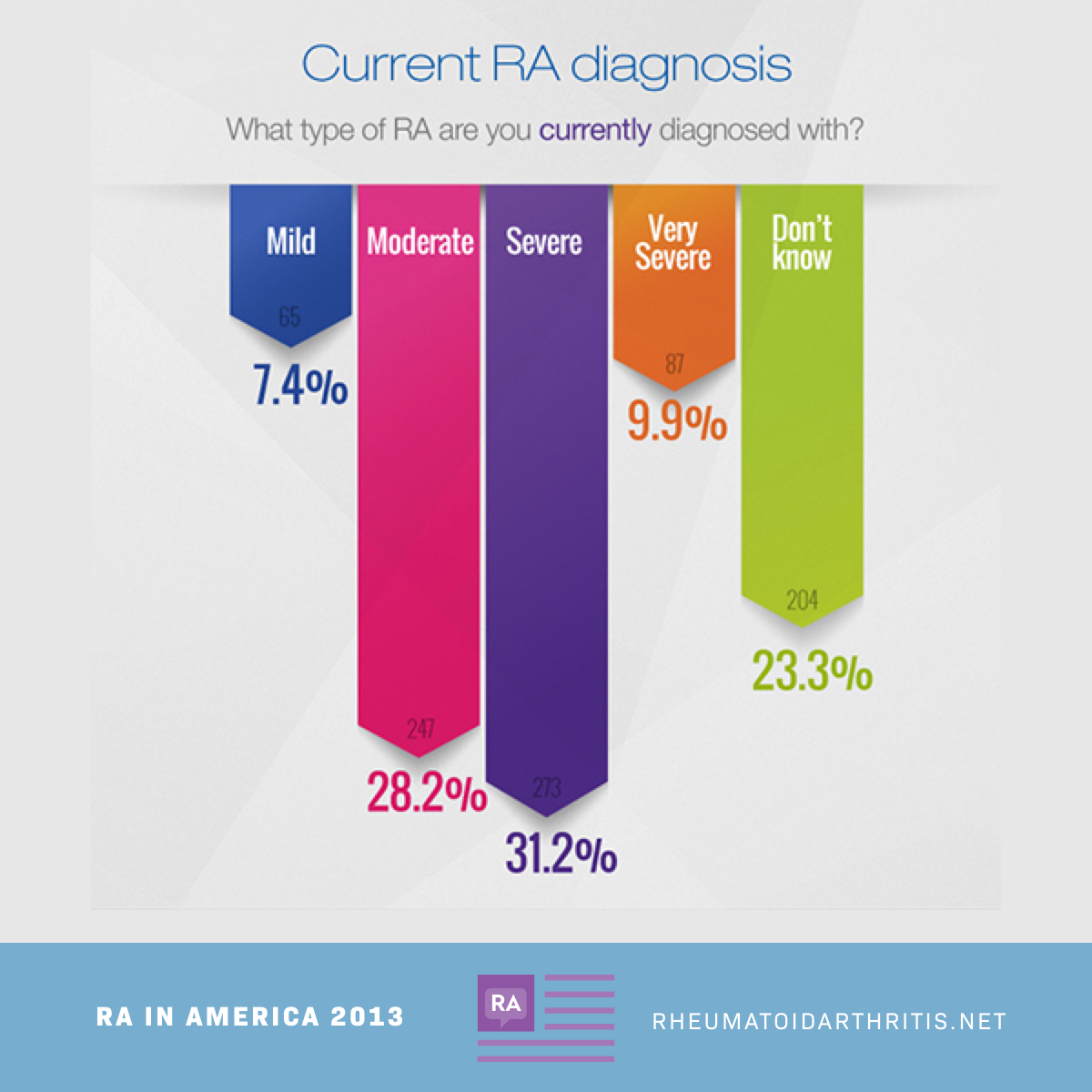 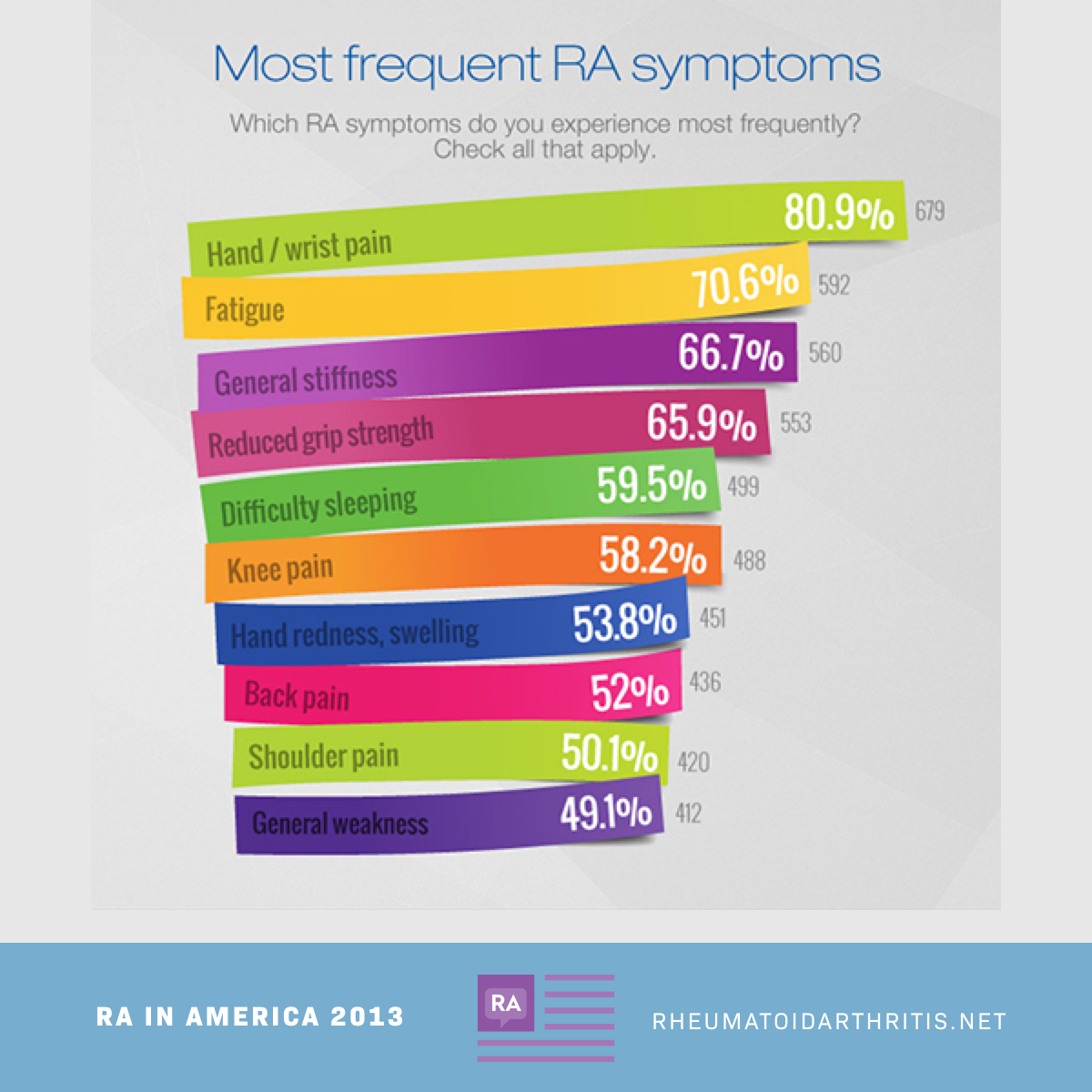 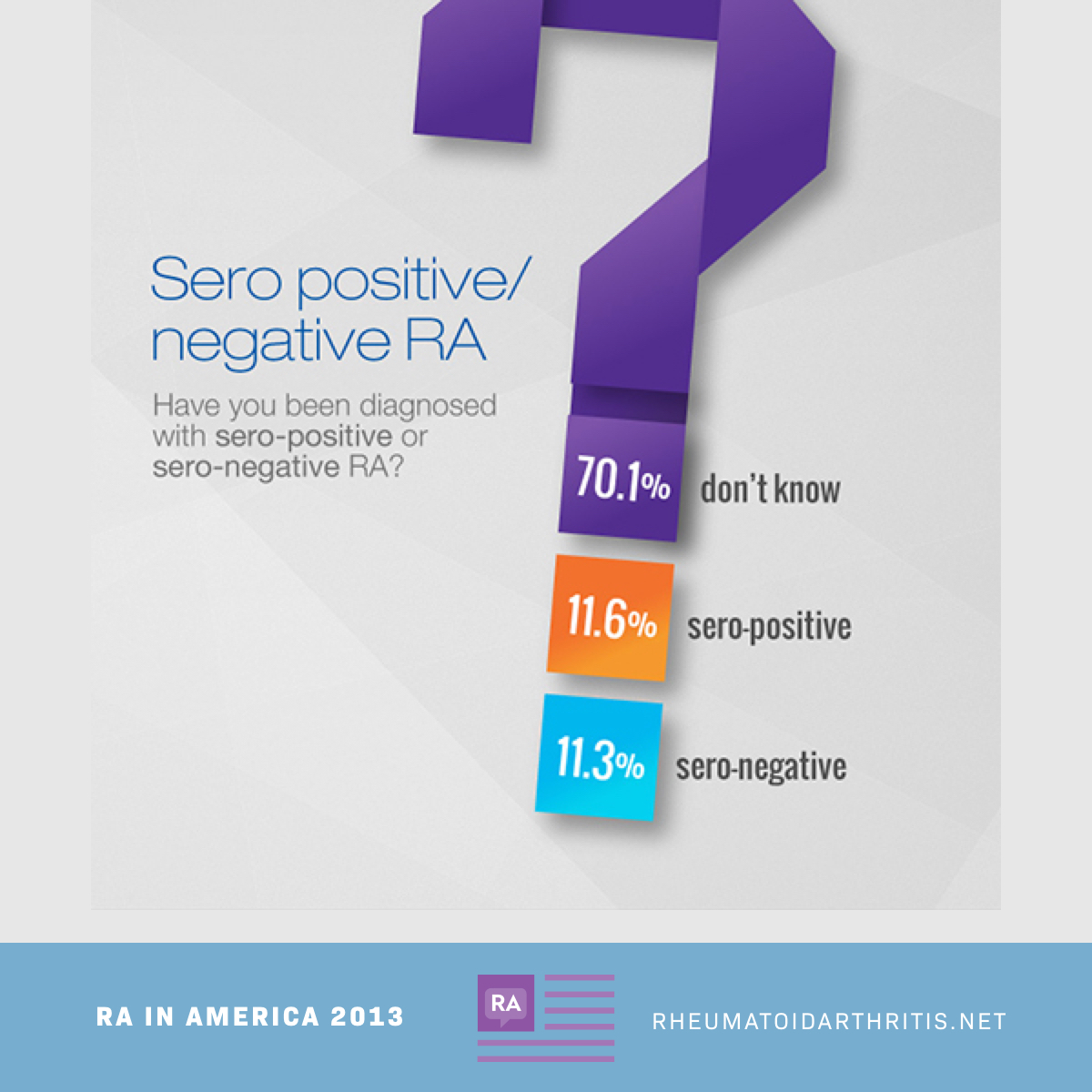 Written by: Jonathan Simmons | Last reviewed: September 2013.
The survey included over 100 questions on a broad range of topics. A total of 1,055 people started the survey while 706 people completed the survey resulting in a high completion rate of 67%. To qualify for the survey, participants had to be RA patients over 18 years old and a US resident or US citizen living abroad. The study was solely developed and funded by Health Union, LLC which does not manufacture, sell nor market any product to diagnose, prevent or treat RA or any other disease.