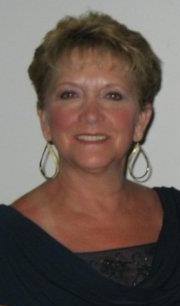 Nan is a retired Executive Director of three elder service programs in Vermont where she led the non-profit for 23 years.

Nan has had several corrective surgeries over the years but as of yet no joint replacements! She believes that is in part due to the fact she was an early and avid believer in seeking aggressive treatment right from the get-go before erosions begin. Back in 1995 that was just becoming the protocol of choice. Thanks to a wonderfully cooperative relationship with her medical team and her own determination to stay tuned to the latest treatment options Nan feels she has “beat the odds” in terms of surgical procedures and outcome.

Nan is a graduate of the Pennsylvania State University with a degree in Rehabilitation Education. Her professional experience includes several years as a cognitive therapist with physically and mentally challenged birth to three-year-old children as part of an interdisciplinary team through a United Cerebral Palsy Early Intervention Program. After taking off 13 years to raise three sons, she returned to teaching part-time while working on her Master's Degree in Early Ed./Spanish. In addition, while attending school, she started working part-time in the elder service field never realizing that would become her long-term career choice.

As the Executive Director of three elder service programs including RSVP, Foster Grandparent Program, and One-2-One, she had the opportunity to work firsthand with dynamic and civically engaged older adults every day! She also served on a number of community boards that support and serve nonprofits, a number of senior service coalitions and boards, and was fortunate to serve as President of the Public Access station for central Vermont where she hosted a show called VIBES dedicated to volunteerism. She presented workshops on volunteer management at conferences locally, regionally, and nationally, including several multi-state conferences.

Happily married for 40+ years to Jay Hart they have three amazing sons: Brian, the founder, and CEO of a non-profit that serves the homeless in Washington DC (LightHouseDC) and a past elected local official in his district. Brian and his wife Ali and their children live in the Adams Morgan neighborhood in DC; Ryan, an attorney who lives with his wife Lindsey and their children in Reston VA; and Reilly, a Senior Software Engineer who lives and works in Northern VA and is married to Sarah, also a software developer.

Throughout this journey, she has found great support and joy in continuing her own personal volunteer work beyond serving on boards. She volunteers with the Arthritis Foundation and also volunteered at the Court Diversion program which works with first-time offenders to find an alternative to incarceration. She also teaches Tai Chi to adults as a volunteer.

She loves to read, is an avid swimmer and walker, and practices and teaches Tai Chi. Most of all she loves spending time with her family; her beloved and supportive husband, sons, grandchildren and daughters in law, her brother, Fred, and brother in law David, all of whom are a priceless source of comfort, love, and support. Anyone who knows her knows she is a passionate Penn State football fan who has attended games since she was 10 years old!

Nearly 15 years ago she started an RA Support Group for her region which had not had one for over 20 years! They met regularly until she and her husband moved to VA after their retirement in 2020. Finally, she has a blog she started in 2011 with the intention of sharing how to manage RA with a positive outlook! Check it out here.

Click here to read all of Nan's articles on RheumatoidArthritis.net.

RA: Not Just Joints or Bones But So Much More

My RA Story - I want to LIVE with RA not SUFFER from it!