I have long understood the benefits of breastfeeding. My mother was the leader of the local La Leche League chapter, so she touted the positive impacts of breastfeeding, in addition to hanging framed portraits in our home of her nursing her babies. Sometimes the friends I invited over giggled or were embarrassed when they saw those photos, but my mother always described breastfeeding as natural, beautiful, and healthy, and I never planned on feeding my future babies any other way.

Of course, that was long before I had rheumatoid arthritis. Diagnosed at 22, RA changed my views on many of my life plans. Indeed, there was a time when I doubted my body could even handle pregnancy or baby care. However, after many talks with my doctors, I did decide to get pregnant, and I was able to have two healthy pregnancies and deliver two beautiful children. While I was pregnant I read up on all the decisions that mothers in industrialized nations are faced with: crib versus co-sleeping, cloth versus disposable diapers, nannies versus daycare versus staying-at-home, and of course, formula versus breastmilk.

This last decision was one that I didn’t feel was entirely up to me. As a mom-to-be with RA, I knew that my desire to breastfeed might not be a viable option. (Mariah wrote an article that describes her experience of having to wean her baby far sooner than she would have liked.)  I have a friend with severe RA who intended to breastfeed her baby. However, she went into a bad flare post-delivery, and her hands were so swollen that she dropped her two-week old baby. That was a horrifying wake-up call for her that she needed to abandon her plan to breastfeed so that she could go back on her RA medications. She realized she couldn’t provide proper care to her baby without first providing proper self-care for her chronic condition. Her experience was always at the back of my mind during pregnancy, and when people asked whether I planned to breastfeed, my answer was always, “I hope to.”

Once I had my baby, I was relieved that I did not go into a flare, and I was able to breastfeed. It provided all of the benefits I’d heard about: nourishment for my baby, the convenience of a ready food source and never having to prepare a bottle, a close connection with my baby during the many hours when she nursed. My daughter was colicky, and spent a lot more time nursing than some infants do. Being able to breastfeed was a privilege that I was glad I was afforded, as I realized if my disease activity was at a higher level then I wouldn’t have been able to do it. I had resigned from my job when I went off of my RA meds to get pregnant, and when my baby was five months old I needed to return to work part-time. I bought the breast pump I had postponed buying out of fear that I would have to give up nursing before I used it. Things turned out well.

Of course, the huge downside to breastfeeding is that a mother must carefully monitor what she puts into her body lest it transfer into her milk, and most drugs are not recommended for use while breastfeeding. There were several times when I gladly would have taken medication had I not been producing milk for my baby, but I got by. I was already pregnant with my son when I weaned my daughter at 22 months old, which was longer than many of my friends who didn’t have health conditions chose to nurse. I was lucky to be able to choose when I wanted to wean her.

With my son, things didn’t work out quite the same way. By the time my second child was a year old, I had been off of meds for four and a half years, as I was either trying to get pregnant, was pregnant, and/or was nursing that entire time. My joints were feeling the impact of years without meds, and at each check-up my rheumatologist asked me when I planned to wean my son. Yet, I kept feeling that his needs must come before mine, and that since he was still nursing I needed to suffer through my discomfort as one more sacrifice of motherhood. Finally, when he was 13 months old, I had incredibly painful mastitis in both breasts and I didn’t want to try to nurse through it. I wanted to wean him and get back on meds. However, I was worried about the impact of a fast wean on my son, and I made the mistake of looking online for advice. The internet can be a treasure trove of information, but it also houses a lot of opinions, and I read site after site that said a fast wean should be avoided at any cost, as it was too emotionally difficult for the baby. I even read one article that said that a fast wean should only be considered in cases where chemotherapy is required, and even then the mother should talk to her doctor about postponing cancer treatment. I was shocked at the judgmental tone of these pieces, and I cried thinking that I had to make a choice between my well-being and my baby’s well-being.

Luckily, I called the woman who served as my doula, or birthing coach, and explained my situation between sobs and asked for advice. She told me, “Happy children need happy parents. The best thing you can do for your children is provide them with a happy mother.” Her words were like medicine in and of themselves, as I felt soothed and comforted to hear that by taking care of my own needs there were ways that I would be better able to meet my child’s emotional needs; that my day-to-day mood would have a bigger long-term impact on my baby than the length of time I took to wean him.

Therefore, I decided to wean him, I began taking antibiotics for my mastitis that same day, and I began taking RA drugs a week later. While the first two days of the wean were hard on my heart, they actually weren’t as agonizing as the experience of choosing whether to wean him had been. I was at peace with the choice to care for myself while also caring for my children, and time has shown that this was indeed the right choice. My joints needed medication more than my 13-month old needed breastmilk. While I hate that RA was a major factor in my decision, I do not at all regret the choice that I made to nurture not only my baby, but also my body. 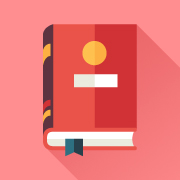 Book Review: “Arthritis, Pregnancy, And The Path To Parenthood” By Suzie Edward May 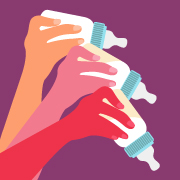 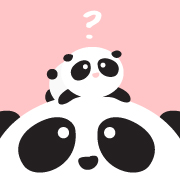 If Not For RA Would I Still Be Childless? 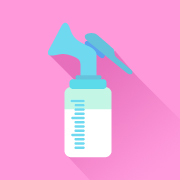 The RA Pregnancy Chronicles: Making The Most of Breastfeeding