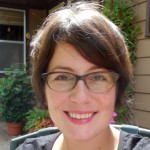 I’m about ready to scream, cry, throw something, and probably punch someone. Or maybe do all of those things at once. For a week and a half I’ve been getting the run around from my primary care clinic and my health insurance company regarding a medication refill. While not one of my RA medications, the drug is something that I take and need on a daily basis and is pretty crucial to my overall health.

Basically what happened is that I called in a refill to my pharmacy for the medication, like I usually do, thinking nothing of it. Later that day someone from the pharmacy called and told me that my insurance company was all of a sudden not covering the drug anymore and that I needed a prior-authorization from my doctor’s office sent to my insurance company in order to get it covered. What?! Why? Because the medication I need to refill is the brand name drug and not the generic form. I’ve been taking this medication, Celexa, for about three years now. I switched to the brand name version when I had a very bad side effect from the generic (a strange and intense bout of anxiety that I don’t ever want to repeat). Apparently, since my health plan changed as of January 1st due to The Affordable Care Act, I now need a new prior authorization for the medication. This is a bunch of bureaucratic B.S. if you ask me.

Anyway, the person I spoke with at my pharmacy assured me that they were going to send the prior-authorization form to my clinic right away, which they did. In addition to that, I called the clinic myself to make sure it was going to be taken care of ASAP and correctly. I left a message for my doctor’s nurse to call me back. She didn’t. I called again the next day and left another message, stressing the urgency of the matter and explaining that I was totally out of my medication and that I couldn’t afford to pay 100% out-of-pocket for it (approx. $500!). The call center person I spoke with told me he/she would pass on my message and that I would receive a call-back. Nobody called me. The next morning was the morning I fell on ice and hit my head and went to the ER, so I wasn’t in any shape to be playing phone tag that day. However the next day, while still in pain from my fall and head injury, I called my clinic yet again and left messages. This time I asked for the office supervisor to call me back, which he did at the end of the day (this was a Friday). The supervisor apologized for nobody returning my calls and assured me that the prior authorization form had been sent to my insurance company. Okay, great, thank you–that’s all I needed to know. I hoped it would get approved quickly like it did the last time I had to do this. I was starting to get nervous about going any additional days without taking my Celexa. Based on past experience, it usually takes about a week for me to start feeling withdrawal symptoms after decreasing the dose. And I had never just stopped taking it cold turkey, so I was nervous about that.

Over that weekend I called my pharmacy, checking to see if the medication had been approved so I could get my refill. Nope. I called again Monday after I got home from work and it still wasn’t approved. By this time I was extremely frustrated and growing angry. I didn’t have the time or energy to deal with this, to have to keep making tons of phone calls just to get the medication that I need. Ridiculous. I finally decided to call my health insurance company the next day after I got home from work, to try to find out what the heck was going on with this mess. After being put on hold for 30 minutes, the woman I spoke with finally told me that they did receive the form from my clinic but IT WAS FILLED OUT WRONG. The person at the clinic who filled out the form did not specify that I needed the BRAND NAME of the drug approved. She stated that I wanted a prior authorization for the generic, Citalopram. What?! That doesn’t even make sense when the whole reason I needed the prior-auth was because my insurance wouldn’t cover the brand name version! After all of the back and forth with my clinic, the ignored phone calls, and flat-out lies (I strongly suspect), my clinic couldn’t even fill out the form correctly?! What a joke. After I hung up with my insurance company, I immediately called the clinic and angrily told yet another call center person the whole stupid story. Surprisingly, this time I was able to speak with a nurse right away. Again I told my story and he assured me that he would get it taken care of and have the form re-sent ASAP. Okay, great, finally. Thank you.

Well. I thought this ridiculous run-around was finally over, but no. The same nurse called me this morning and told me that the medication had been approved but only for two months. What?! So now my insurance company screwed this up? Can’t anybody do their jobs right? Two months is better than nothing, but that’s not going to cut it. So, back on the phone I go, making more phone calls. Leaving more messages.

I realize that I’m not the only person who experiences these types of frustrations dealing with pharmacies, clinics, and health insurance companies. Unfortunately this isn’t a rare occurrence and that’s what makes me angry and disgusted by our health “care” system. I pay thousands of dollars to these health care providers, the drug companies, and my insurance company. I shouldn’t have to go through this, all of this stress and fighting, just to get the medication I need. The “customer service” or “patient care” or whatever you want to call it, provided by my clinic lately, is appallingly negligent, lazy, and disrespectful. I deserve more than that–especially when I’m already living with a painful chronic illness. Living with RA, depression, anxiety, or suffering from all three (as I often do) is bad enough. I don’t need the additional emotional stress of having to jump through a million hoops just to get the health care I need.

So, right now as I finish writing this post, there is still no resolution regarding the matter. I have a doctor appointment I have to rush to now, and hopefully when I call my clinic AGAIN, I’ll be able to talk to someone and get it all sorted out. But I’m not holding my breath.