Why I said I Do 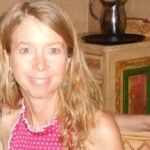 I just got married, for the first time, at the age of 47. Growing up with juvenile rheumatoid arthritis (now called juvenile idiopathic arthritis), I wasn’t sure this would ever happen for me. As a young person, looking anything but ideal is always tough for a person’s self-esteem, and adding a chronic disease that gives one gnarled fingers by the age of five isn’t going to be an advantage in the dating world, something I was always very aware of.

However, this wasn’t the biggest fear in my mind. Even as a young person it wasn’t hard to see that there are plenty of people living with diseases who are happily married, and I had many friends assuring me that I would find someone. My secret fear had absolutely nothing to do with the obvious, however, and it was much more difficult to handle. It was something that no reassurances would help.

My secret fear was this: being left out.

My entire life I’ve lived with a body in pain, a body that can’t always be physically dependable. As a youngster I’d find myself at sleepover parties praying that the other kids would finally get tired enough to go to sleep. If I had a nickel for every time I’ve felt too ill, too fatigued, or just couldn’t push my body without severe consequences I’d be rich enough to run for President! This brutal reality I’ve lived with has influenced every relationship I’ve had.

Every time I watch friends, family, or loved ones walk out the door to a party, or a hike without me, and every time I’ve had to excuse myself just when the evening was getting fun because my pain and fatigue were taking over, it hurt much worse than any physical pain I’ve had to bear. I’ve had pain and physical limitation for 45 years and I’m still not a good sport about it. I doubt I ever will be.

Over the years I’ve had quite a few boyfriends, all charming and fun men who have attempted to understand what JRA means for me, but every one fell short of the mark in some important ways. When I hear a boyfriend blithely tell me that he never gets a cold because he just goes on a bike ride and knocks it out every time he starts to sniffle, I can’t help but cringe inside while I wonder about the level of empathy he will be capable of down the road

What ended up happening, time and again, was that I would store up my energy to be with my current boyfriend, and the minute he left I would have to be in recovery mode for days or weeks on end. I did this because I didn’t want to be left out, and because I didn’t want to show my physical vulnerability to the world. I don’t regret those days, but looking back I realize that this tendency compounded my problem by teaching me that the only way I could be in a relationship was if I stopped taking care of my own needs and pretended to be someone I wasn’t. Needless to say, this set me up for many less than healthy relationships.

Then, the JRA began to get much, much worse. I was no longer able to even “fake it” for a day at a time; it was hard enough taking care of my daily needs. At the time, I was in my early thirties, had a house, a career that I loved, and so much I wanted to do in the world. Instead I was basically homebound, unable to work, and had to rely on friends for grocery shopping as well as household chores. I didn’t even think about dating for years, and only started when a good friend took me aside and said kindly that it was time.

I’ve learned many times over the years when my JRA becomes savage, there is always a “bless in the mess.” In this case the biggest blessing was my change in perspective around having a relationship. Because the JRA had become so obvious the only way to date was to be up front and completely honest at the outset.

Being honest was hard, and humbling, both because I had quite a few days that ended up being first and last dates, and because in being honest with others I finally began to be more honest with myself.

It took ten years but one day the right man walked into my life. I told him I had JRA and he said he knew what that disease could do (his ex-mother in law had severe RA,) and that it didn’t scare him; he was all in. Turns out he meant it. For the first time in my life I was part of a team, one that didn’t divide every time I fell ill. A few months after we met, I fell ill for six weeks with the common cold due to my depressed immune system and he didn’t blink an eye. I’ve had to miss many social engagements since we met, and instead of sitting at home alone, I have Todd sitting right next to me.

There are many reasons Todd and I are married, but I really do think that the biggest comfort to me is the reason I said yes; he is with me and JRA, all the way.