When Working Out Doesn’t Work Out 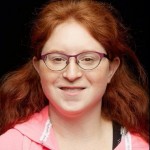 Ever since moving to New York, I’ve really struggled with keeping up a workout routine.

In Michigan, I was doing a walk aerobics DVD twice a week – a two-mile and a three-mile walk – and was kickboxing one day a week with a personal trainer.

I was very spoiled as far as the trainer is concerned because I only paid $25 per session, which is basically nothing.

I recently decided to try and get back into kickboxing.  Trying to do this in New York City is super expensive.  I was quoted by several places that it would cost me $150 per hour for a personal trainer.

That’s totally not doable right now.  Or maybe ever.  So I decided to entertain the idea of doing kickboxing in a class setting.

I really am averse to this idea, but figured I would be open-minded.

So I found a place that sounded pretty awesome, with a class I could afford.  I really don’t feel comfortable being in a class, but I figured I would check it out, anyway.

On the phone, the owner was very nice and told me that there was no judgment in his gym and that he felt I would be comfortable in a class, even if I was operating on a different level than many of the other people there.

I checked it out.  And I started out impressed.

But the more I talked with the owner, the less impressed I became.

I only did kickboxing once a week in Michigan, for a lot of reasons, but the main one being that that’s all my body could handle.  And my trainer was totally good with that.  He was never judgmental.

This guy, however, basically told me that he would hesitate selling me a membership if I could only commit to one day a week.  He didn’t feel like it was worth it for me, and didn’t feel that I would see any changes in my body by doing it so infrequently.

I explained to him that I had only done it once a week, previously, and that is what worked for me.

I also discovered that if I was going directly from work on any weekday, it would take me over an hour to get there.  Then an hour for the class, and going home, I probably wouldn’t be home until 8:00 at night.  For me, that’s not sustainable.  And I know that before even trying it.

The owner told me he would give me a complimentary class, so I said I would come back and try it out over the weekend, as the first time I went was just a walkthrough.

Ultimately, I didn’t go back to try out the class.  I really felt very anxious about the pressure that was being put on me, and I also realized that I really do not want to be in a class.

Obviously, I’m going to have to find a way to make a trainer work or find something that I enjoy doing that is sustainable.

But this is not.  There haven’t been many other times when I have felt so judged.  If I’m willing to pay what would amount to about $40 a class if I was going once a week, what business does anyone have to tell me that that’s not enough, as long as I can pay for it?

It again reminds me what a wonderful trainer I had in Michigan.  He was very good at working with me and the limitations of my body.  When I was physically unable to do something, he didn’t push or we modified the move.  But if it was purely my mind telling me I couldn’t do something, he helped me get in the frame of mind to it.

He had a saying that I love – “You can do anything for 30 seconds.”

Sometimes, it really doesn’t feel that way, when you’re trying to do something and your body is fighting back.  But in reality, you can.  You can do a lot in 30 seconds.  And in 30 seconds, you can also determine that something is not right for you.

Just like you have a right to fire your rheumatologist or other doctor if they are not working out for you, you can fire just about anyone in your life.  And I don’t mean that lightly.

What I mean is that you have to do what works for you.  And if something doesn’t, it’s okay to move on.

Sure, I’m super frustrated that I am not really any closer to piece-mealing together a workout routine.  But at least I’ve determined what is not right for me.  And I know that dragging myself to a place that doesn’t view me as being committed to my health, is not going to be sustainable – not just in the long-term, but in the short-term, as well.

I need to find a place that accepts me for me, is willing to understand my limitations, and will also work around any other constraints I have.  And more than anything else, will not judge me based on what I can and cannot do.