Scientists called epidemiologists study patterns of how diseases affect groups of people. For instance, epidemiologists are often called in to find out why an outbreak of a viral infection happens in a particular location or why one group of people may be more likely to get a certain disease than another group.

RA and other types of arthritis

Arthritis is a common health problem in the US population, affecting more than 54 million people, with this number expected to rise to 78 million in the next 20 years.1,2 Among chronic diseases in the US, arthritis causes more disability than any other condition, including heart disease, diabetes, and back or spine problems.1 RA is the third most common type of arthritis behind osteoarthritis (prevalence 31 million) and gout (prevalence over 8 million).3 RA affects over 1.3 million in the US.3,4

How common is RA among autoimmune diseases?

RA is one of the more common autoimmune diseases, with rates higher than a number of other conditions, including psoriasis, Crohn’s disease, Type I (insulin-dependent) diabetes, lupus, and multiple sclerosis.5 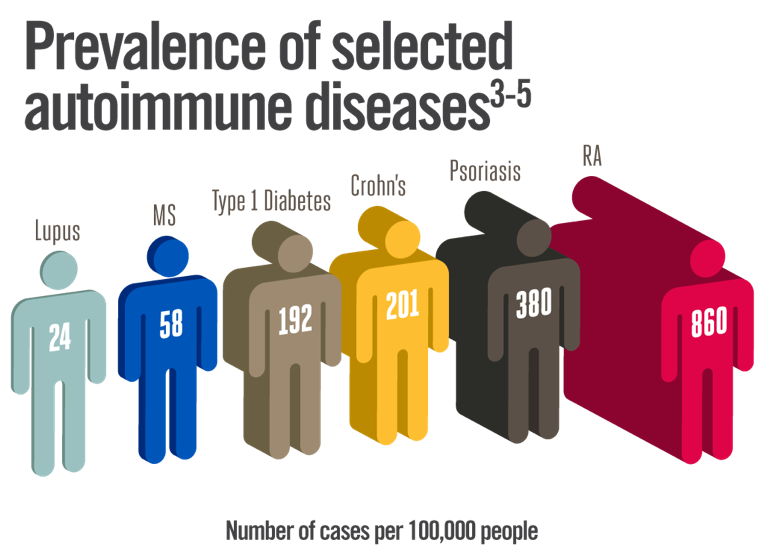 The prevalence of RA globally and in the US

RA is a common chronic disease that affects about 1% of the world population and about 0.6% of the American population.3,6 The annual incidence of RA has been estimated to be about 40 per 100,000. That means, each year, 40 new cases of RA will be diagnosed for every 100,000 people.7 RA often initially impacts individuals between 30 and 50 years of age, however, many children and older adults are impacted by the condition. About three-quarters of all individuals with RA are women.8 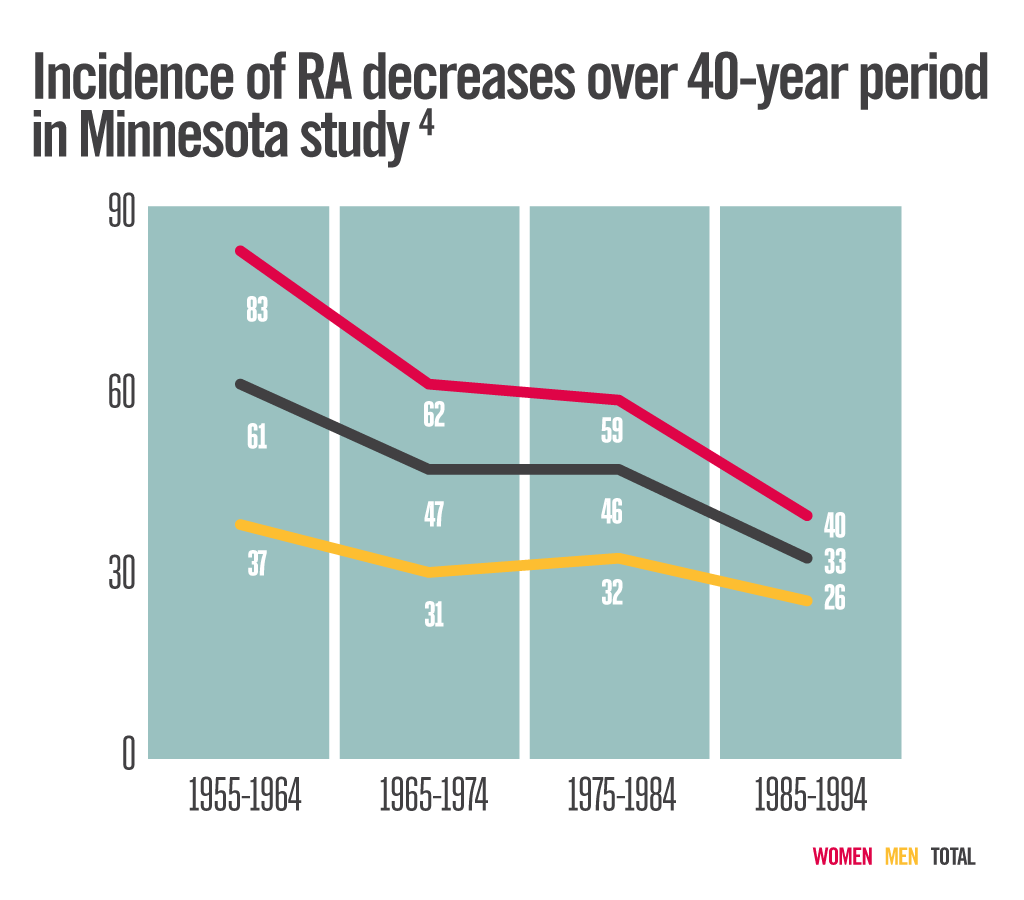 The burden of living with RA

It has been estimated that anywhere from 20 to 70 percent of working individuals with RA become disabled after seven to ten years, with up to half being unable to work within ten to twenty years. Nearly half of individuals with RA report struggling with medical bills, even after support from insurance, with younger individuals being the most burdened by medical expenditures. The total societal costs of RA have been estimated to be nearly $40 billion, which includes direct costs and indirect costs (including impacts to quality of life).3

The prevalence of RA varies widely from population to population, with the lowest rates in Asian countries and higher rates among certain Native American populations. This suggests that there is indeed some genetic component underlying susceptibility to the disease.9